Tirana, June 21, 17:00 - The Coalition for Free and Fair Elections and Sustainable Democracy (the Coalition) presented the findings of the observation of the voting processes for the first half of the election day, reflecting the situation in all Voting Centers in the country.

"Based on the information received from the Coalition's non-partisan observers, the first part of the Election Day proceeded in an orderly fashion, with the exception of few isolated incidents" – said Mirela Bogdani, CFFESD legal expert.

Isolated incidents reported by CFFESD observers by 14.00 hrs are as follows:

Bogdani added that the Coalition observers were able to freely observe the voting process during the first part of the election day, as provided by the Electoral Code.

CFFESD deployed 1000 impartial stationary observers to a random and representative sample for the country nationwide as well as for the municipalities of Tirana, Shkoder, Durres and Himare. Such methodology allows the Coalition to extrapolate their observation findings to the entire country as well as the four mentioned municipalities. CFFESD's qualitative data are reliable with a 95 % confidence interval, within margin of error +/- 4 % nationwide.

The Coalition will inform the public on the overall assessment of the Election Day processes at a press conference presenting preliminary report on Monday at 9:30 at Rogner Hotel. 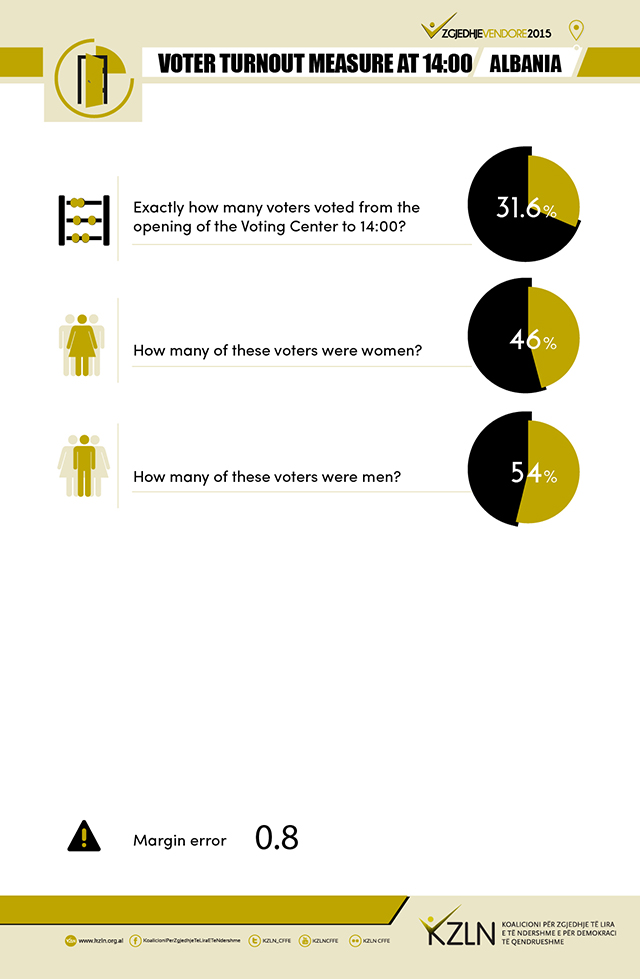 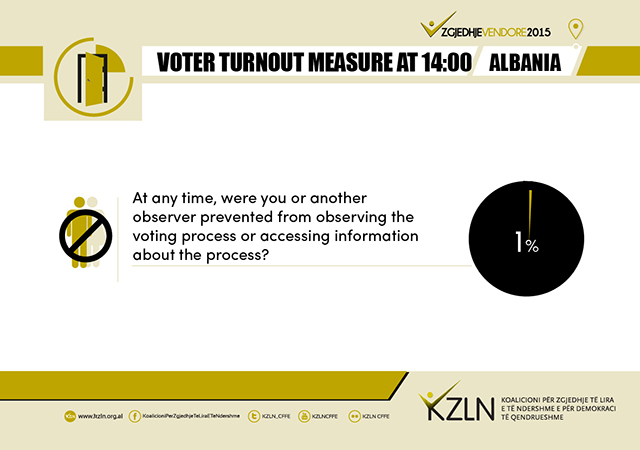 To receive updates on latest developments, please follow the Coalition at:

The Coalition for Free and Fair Elections and Sustainable Democracy (CFFESD) is an independent, non-partisan organization to promote civic participation in elections and in securing sustainable democracy. CFFESD focuses on issues that influence the upholding of human rights, gender equality and the rights of people with disabilities. CFFESD as of June 6, 2015 consists of 30 partner organizations and hundreds of Albanian citizens who volunteer their time to CFFESD's efforts for the Local Elections of June 21, 2015.This project on local election observation is supported by Assist Impact through funding provided by USAID and with the technical assistance from the National Democratic Institute (NDI).